Some may recall the popular song of aeons ago with the following lyrics: “There were 10 pretty girls at the village school…” – blondes, brunettes and one a ‘saucy little redhead’.

On Sunday January 23, 1966 , 10 young women entered a side door of St Joseph’s Convent, Kensington, South Australia, and emerged some time later via the chapel door as Postulants, wearing plain black dresses, capes and little ‘mob-caps’ with light veils attached. Among the 10  were blondes, brunettes and I was the ‘little redhead’. Unbeknown to me at the time, we had entered the Convent in the centenary year of the Congregation.

The young women, all still teenagers, had hailed from different areas within South Australia – Kimba, Kadina, Yongala, Tailem Bend, Warooka, Verdun and suburbs of Adelaide. Several had attended the Juniorate at Aldgate, while others had spent a few years in the workforce. 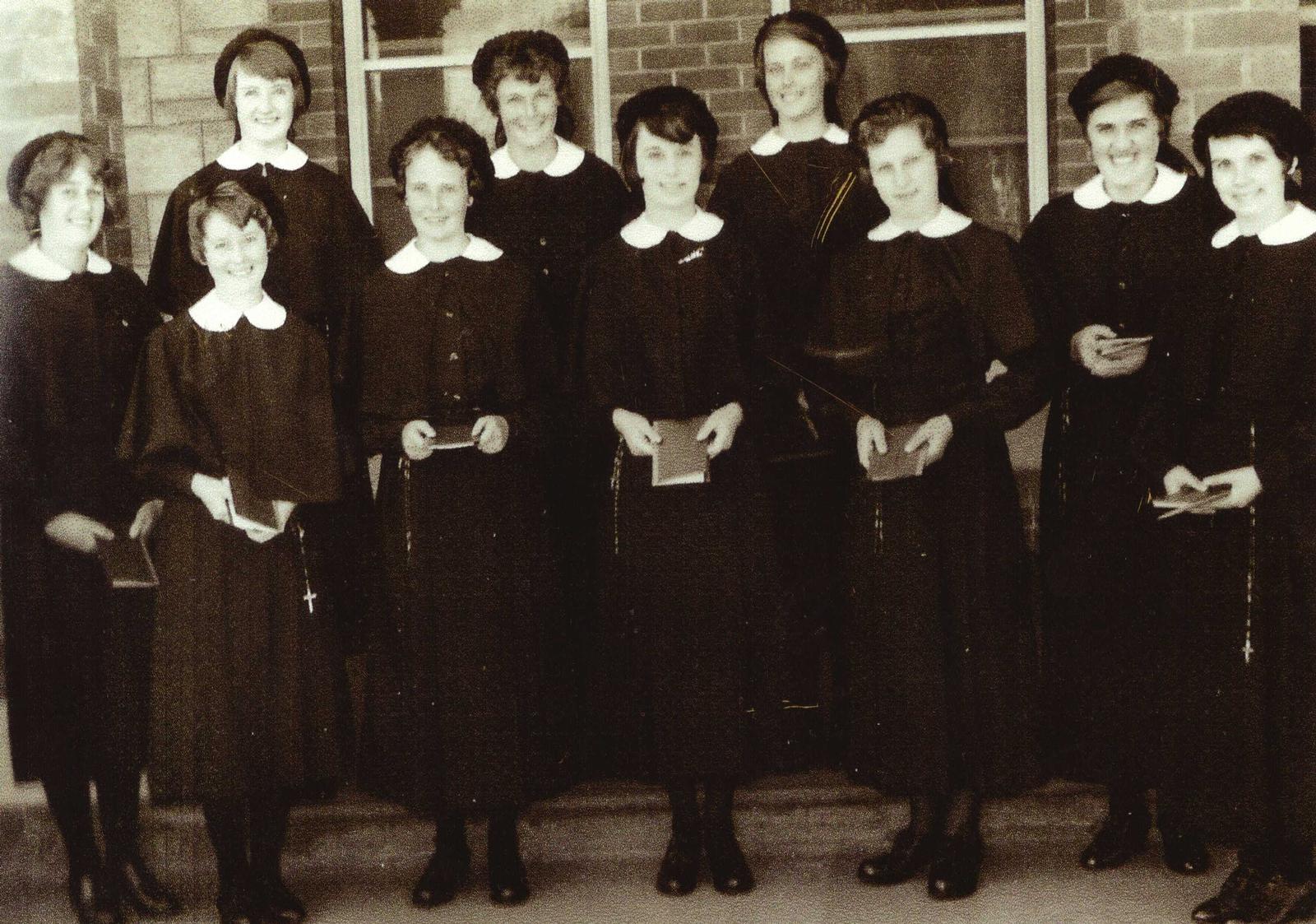 On that memorable Sunday afternoon, we were hustled up to Aldgate where we stayed a few days prior to flying out to Sydney – a great adventure, as not all had flown before, let alone travelled as far as Sydney. At St Joseph’s, Hunters Hill, we took up our abode at what became known as the Postulate to embark upon a year of preparation prior to being received as Novices.

Some 63 of us formed the first group of postulants to be gathered together in this one place for our initial formation – we had come from Ireland, Aoteroa New Zealand, QLD, WA, NSW, VIC and SA. It was a memorable year of new friendships, of fun and laughter, of homesickness and tears as we once again took up secular studies, for some not an easy task having finished schooling a few years earlier.

Complementing these studies of course, were the religious and spiritual ones pertaining to our preparation as future Sisters of Saint Joseph. We were exceedingly well instructed in all aspects of learning by several of our own Sisters of fond memory.

For many of us it was a new experience of communal living, albeit with our own peer group, and provided a good testing time by requiring us to rub shoulders at such close quarters. Imagine 60plus young women living together without a few scraps now and then! Such happenings were overshadowed by the fun times together. The swimming pool was most popular and concerts very much in vogue. We sang and acted out Gilbert and Sullivan’s ‘The Mikado’ and took part in a 16mm film titled ‘In Thy Hands’.

The latter involved hours of practising one line of a particular psalm until it was perfected for filming. Sunday afternoons would see us out walking, attracting many curious glances and causing near car accidents as passers-by watched a posse of ‘Posties’ pacing across the Gladesville Bridge.

Sad times occurred throughout the year when one of our number would suddenly disappear from among our ranks, having come to the realisation that this way of life was not her calling. We missed these newly-formed friends but accepted that their decisions had not been made lightly and could only wish them well as they set out on different pathways.

50 years of water have flowed under the Gladesville Bridge since that initial and memorable year as Postulants. How young we were then, how naive, but full of expectations and a certain excitement at what the future might hold for us, trusting that God had plans and would sustain us throughout that year and the years to come.