Sometimes, the outcomes of events in our lives, or even our own choices, or failures have seemed like disasters. But no!

When we look back and reflect on those times, we often find that these situations have actually produced positive outcomes. What appeared to be the end of the road has turned out to be a crossroad that opened up new possibilities, bringing personal growth and life. To those who had pinned their hopes on Jesus, his crucifixion was a disaster. His life had ended in failure. Of course, we know differently! Similarly, Mary MacKillop’s excommunication was catastrophic, yet her courage and her trust that God would bring her through this crisis was vindicated. The excommunication ban was lifted six months later and many gifts and blessings followed.

This month, we are invited to spend some time reflecting on the post-crucifixion scene of Jesus being taken down from the cross – and to rediscover how new life has come to us through the pain and humiliation of some of our past failures or disasters.

Station 13: Jesus is taken down from the Cross

Joseph of Arimathea, a respected councillor, who was also looking for the kingdom of God, took courage, came in before Pilate and requested the body of Jesus.”Mark 15:43

It was not the normal practice for the Romans to hand over a corpse for an honourable burial, but rather to throw it into a common grave. However Joseph of Arimathea requests, and is given, the body of Jesus. Mark tells us that Mary Magdalene and Mary the mother of Jesus watched from a distance taking careful note of where the body had been laid. We can only imagine why the other disciples are not present, perhaps fear had overcome them.

Moments in the life of Mary MacKillop

The excommunication of Mary MacKillop must have felt like the end for many of her sisters. Sisters were forbidden to wear their habits and were unable to continue to teach or work in parishes. Mary herself was forced to move from place to place until she was given sanctuary by the Jesuit Fathers at Norwood, South Australia. Yet despite these trials Mary and her sisters maintained a deep trust that in the end all would be well.

Believe in the whisperings of God to your own heart.Mary MacKillop 1868

Moments in My Life 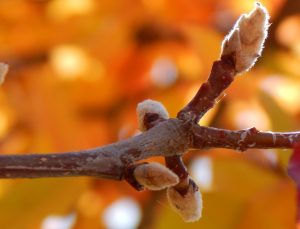 Take a moment to reflect in silence upon these aspects of your life. Times when we feel a failure can be times of real growth if we are open to the possibility of a new beginning. During such times it is easy to be consumed and paralysed by fear. What is required is the courage to enter time and again into the waves of dying and rising that are part of life.

Jesus, your death upon the cross and resurrection transformation reminds me of the transformative possibilities in my own life. Give me the courage to let go of my resistance to change, may I be ever open to the break-through of new beginnings so that I can be open to the delight of surprise.

Forgive me Lord for the times when my inner critic keeps me bound in self doubt. When things don’t work out as I expect may I be open to your healing redemptive love. Remove from me all that blocks my acceptance of your offer of new life, a new way of being.