For almost the whole of August, Kath and Barry Evans travelled around what Barry very quickly described “the South Pole.” 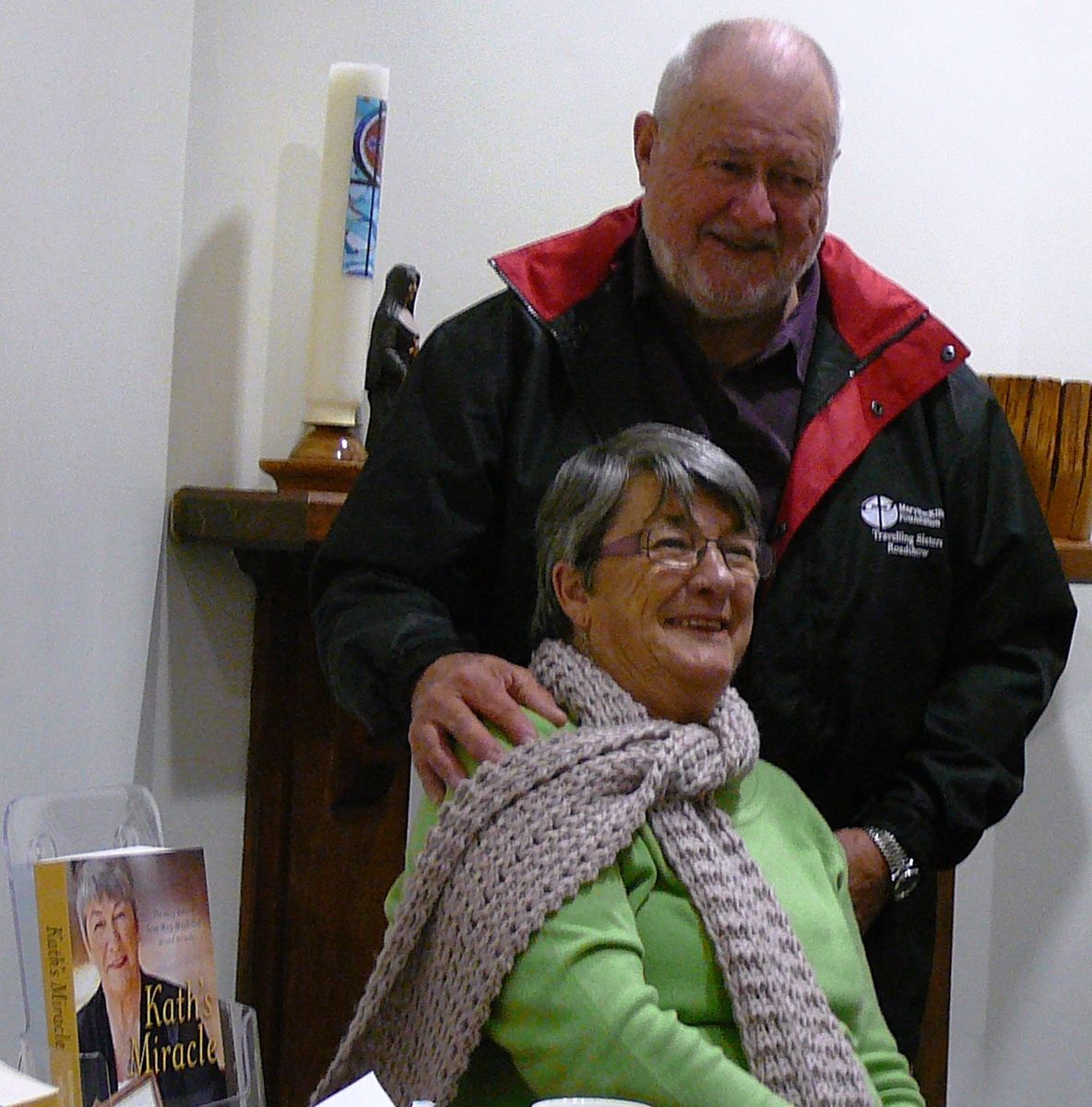 Despite some bitterly cold weather, but also many signs of the beauty of Spring, Kath and Barry took their Good News story – from the South, to the North and North West and then to the West Coast of Tasmania. Sr Sue McGuinness rsj, who accompanied them on their journey smilingly recollects:  ‘Barry shivered his way around what he kept insisting was the South Pole, while Kath stoically kept her real assessment of our island’s climatic conditions under wraps.’

Large groups of people were attracted to the advertised events at each venue and they were not disappointed. Kath’s wonderful Josephite, down-to-earth presentations grabbed the attention of her audiences. The delightful repartee between Kath and Barry amused, brought tears to eyes, filled people with awe and wonder and strengthened faith. Hearts were deeply touched. Experiences were shared. Many stories emerged of people’s own sickness, or the crises endured by members of their families.

Sue describes the long queues which presented themselves before Kath for a book signing, or to plea for her special prayers for their intentions. She reflects on a number of moving  encounters that she witnessed …  ‘Young Cooper moved Kath very deeply with his courageous story of how he is battling leukaemia … Josh’s teacher asked us to pray as an assembled school for Josh’s brother who is seriously ill … These stories and other incidents like them could fill a book.  Compassion was tangible. Fierce loyalty, passion and belief in the power of St Mary MacKillop was without question. Cheerfulness, simplicity, respect, inclusiveness – all the Josephite qualities were modelled naturally, without pretension and with humility …