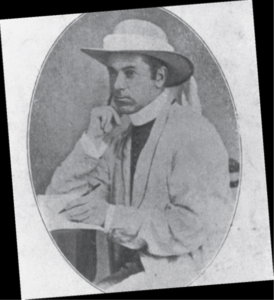 In 2007, I attended the 150th Anniversary of the arrival in Penola of the new parish priest, twenty-five-year-old Julian Tenison Woods. Of the six excellent speakers that weekend,  I will reflect on “Tenison Woods and the Naracoorte Caves.”  The guest geologist was Elery Hamilton-Smith.

Julian’s education, social, religious, and scientific, seems to have prepared him, strangely enough, for this, his first large and remote parish. He also had another passion. As young as he was, Julian was skilled enough in the sciences to be able to enthusiastically observe, collect and classify flora, fauna and fossils that were different from species he had encountered in Europe. He did this methodically, along with his pastoral work, during his many long and tiring journeys in the saddle.  Sister Val Burns, Tasmania, now deceased, commented that like Julian Woods, many parish priests she knew and supported, needed interests and passions outside their parish work to assist them in sustaining their ministries.

Julian Tenison Woods was the first to report the presence of fossil bones at Naracoorte Caves which he did after he visited Blanche Cave in 1857.  He published an account of his discoveries in The Register in 1858 and expanded on his interpretation of the caves in his 1862 book, Geological Observations on South Australia. Julian and other geologists and palaeontologists of his time were working on understanding the Tertiary Era in Australia, during the period after it had separated from the more ancient continent of Gondwanaland. The land, which was devoid of now extinct species, had filled in various habitats with new and ancient species of life – fish, marsupials, mammals, birds and humans.

Julian’s earlier observations near the town of Naracoorte led to others finding fossils he’d hinted might be found, megafauna, from Australia’s tertiary period, over the next 150 years. Naracoorte Caves is now a World Heritage Site. 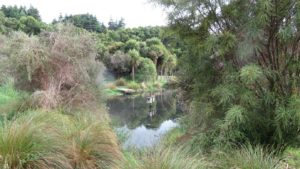 There have been five mass extinction events in Earth’s history. The first was the worst. It took place 290 to 250 million years ago and we’ve only just found out about it!  A massive 90 percent of all life was wiped out. It took millions of years to recover. Nowadays, many scientists are predicting that we’re on track for a sixth mass extinction, believed to be caused not by some natural disaster, but by us. Very few natural forces – bar asteroids and ice ages – have had as much impact on the planet’s evolution as humans have. Humanity, with an appalling lack of wisdom, has continued, to the present, to wage war on nature.

Humanity wields macro phase power. We have a blazing imagination within a primate mind.{1}

Now, at the eleventh hour, we cling to hope. Let’s continue to consciously participate as humble members of Earth’s community.

We are on the cusp of an evolutionary breakthrough One that requires our conscious participation As co-creative agents of Love, Cosmic Compassion. Ilia Delio: “Christ in Evolution”

[1] The Earth’s Imagination CD with Brian Swimme, places the human psyche within the 14-billion-year cosmic process