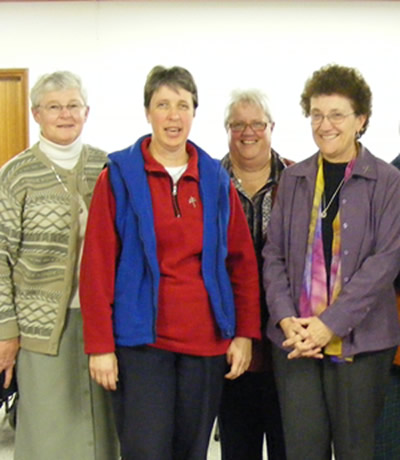 On Sunday 27th June the Mayor of Peterborough, Ruth Whittle and sixty members of the local community gathered to farewell Sr. Julianne Murphy after seven and a half years as Principal of St. Joseph’s Parish school. Also present were Sr. Marion Gambin, Provincial Leader of the Josephite Sisters in South Australia and five other Sisters of Saint Joseph.

Those present acknowledged and thanked Julianne for her invaluable contribution to the life of the Peterborough Community and made a suitable presentation to her. In response, Julianne thanked them for their beautiful gift of a suitcase, and stated that she had felt it a privilege to be called upon to work among the people of Peterborough.

Julianne features on the homepage of this website – the third flash photo that comes up – the Sister skipping with a child!  Well done Julianne