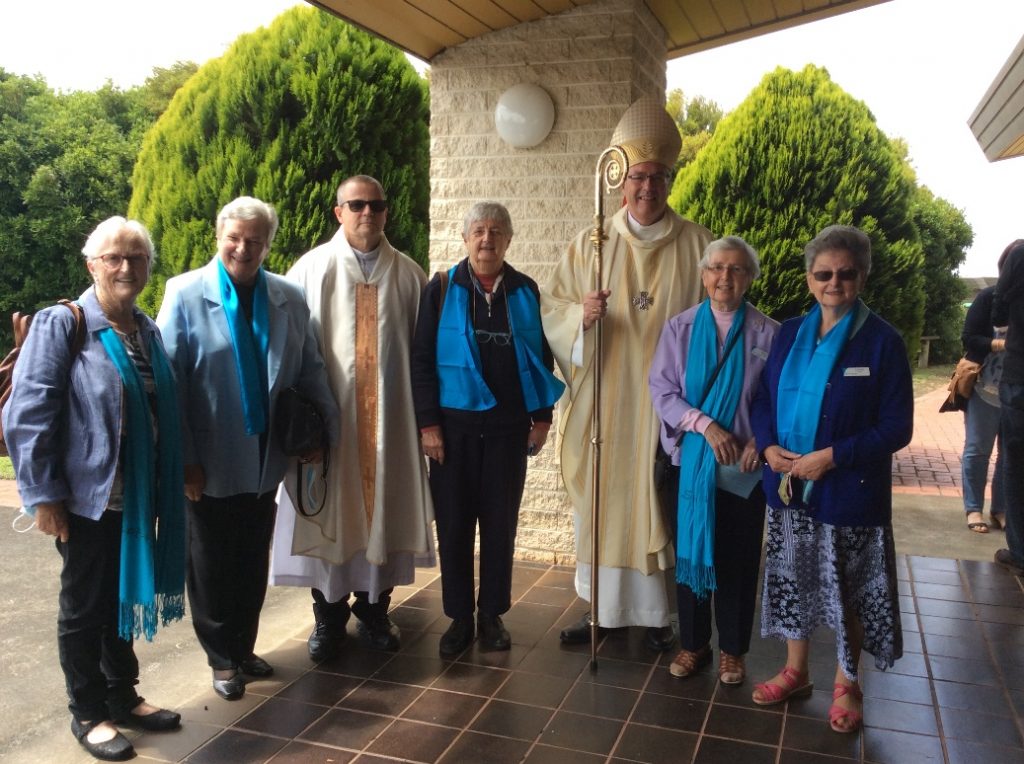 In 1912, Sisters Irene, Julian, Gerard, Everilda and Carmen arrived in Wonthaggi to staff the new parish school built by Fr O’Sullivan and volunteers.

As the convent had not yet been built, Fr O’Sullivan slept in the sacristy of the Church while the sisters were accommodated in his presbytery. Thus began a 108 year relationship with the sisters and the Parish of Wonthaggi.

The sisters ran the parish school in accordance with the Rule set up by Fr Julian Tenison Woods and Mother Mary MacKillop and on Saturdays offered lessons in painting, fancy work and music.

Bishop Greg Bennet, Bishop of Sale, assisted by the Parish Priest, Fr Darren Howie, (both proud past pupils of the sisters) celebrated Mass acknowledging that history and officially farewelling the sisters from Wonthaggi. Sr Helen Barnes, the last sister in residence, was also acknowledged.

Bishop Bennet, in his homily recounted the arrival of the sisters from Bacchus March in 1912 and acknowledged the contribution the sisters made over the years, leaving, as he said, “their mark on the place and in the hearts of the people.” 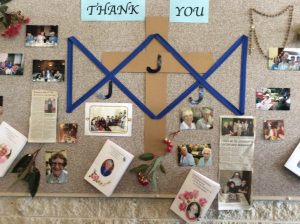 Sr Sue McGuinness, the Victoria-Tasmania Regional Leader, also spoke acknowledging the sadness of the day coupled with memories sisters would have of the generosity and commitment of the people and the cooperative relationship that existed throughout. Sue spoke of some of the significant events the parish celebrated in the past like First Communions and Children’s Balls which were real parish celebrations. She also explained how the sisters in the early days ran classes after school and on Saturday mornings for children to learn painting, fancy work and music. Visitation of the hospital and homes was also a strong significant element of the sisters’ ministry.

A particularly lovely feature in the foyer of the church was a tribute to the Sisters of Saint Joseph. It featured relevant newspaper cuttings and some funeral booklets of sisters who had died including Sr Lorraine Hurley who was the latest sister to die who and who been part of the Wonthaggi story.

Following the Mass we were treated by the parish to a meal at the Whalebone Hotel. This provided an opportunity for parishioners to recall and share memories of their school days with each other and the sisters in attendance.

For the second part of the day, we gathered in the School Hall for Sr Helen’s Farewell and Art Exhibition. Sr Helen’s major art pieces were colourfully displayed on easels placed around the room and smaller examples placed around the walls. A silent auction had been organised for the sale of the images. People wandered and studied the exhibition while enjoying “coffee and cake” with a lot of chatting and catching up with sisters they knew.

At the end of Art Show session those who bought pictures were able to claim their purchases. To conclude, Julie de Bondt and Nola Thorpe spoke of their relationship with Helen and acknowledged her contribution to the parish. Sr Helen responded briefly and expresed her sadness at leaving and her appreciation of her time in Wonthaggi.

You’re invited to view photos of the day in the gallery below: