Mary MacKillop — the girl who became a saint 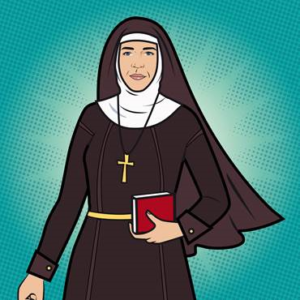 The ABC states that “Fierce Girls is a show aimed at kids 7-11 years old (and their parents) and tells the inspiring stories of some of Australia’s most extraordinary women. Each amazing story is narrated by equally fierce and fabulous women like singer Amy Shark, the first female Governor- General Dame Quentin Bryce and Orange is the New Black actor, Yael Stone.

One week’s episode, narrated by star of Little Lunch and Home and Away actor Olivia Deeble featured Saint Mary MacKillop. The episode features the story-telling of the great work of Mary MacKillop.

You’re invited to access the podcast and resources provided by the ABC below:

‘Mary MacKillop — the girl who became a saint’ Podcast