From Southwark, England to Southport, Tasmania. 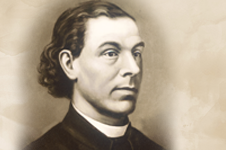 As in any family the birth of a child is received with great joy and perhaps even wonder at what this child might do with his God given life.

In the decade of the 1830’s the world saw a rise of imperialism and colonialism. Britain saw a surge of power and world dominance. New settlements commenced in 1803 and flourished in Australia. Tasmania’s early history tells of crime, punishment, hardship and survival in some of the harshest, yet most beautiful places on earth. Between 1803 and 1853 approximately 75,000 men, women and children from British and Irish ports were transported to Van Dieman’s Land.

To these people Van Dieman’s Land was the end of the world. The British Government saw it as an ideal place for its most notorious penal colonies. Many penal sites quickly spread throughout the island. It is today difficult to imagine such scenic locations being the site of such hardship and often unjust treatment.

In 1854 Bishop Willson from Van Dieman’s Land, while visiting England, was introduced to Julian who had made several previous attempts at becoming a priest, all of which until now had failed. Bishop Willson suggested that Julian might accompany him back to Hobart Town and be ordained there.

Julian and the newly ordained Father John Fitzpatrick, originally from Tasmania, were listed as Assistant Prison Chaplains for the journey to Tasmania. On arrival in Hobart Town, 1855, Julian worked as chaplain to convicts for a few short months.

On leaving Tasmania Julian spent some time in Melbourne with his brother Edward before moving on to Adelaide where he eventually was ordained a priest. The parish of Penola in South Australia to which Julian was sent covered a huge rural district. Julian saw the needs of his parishioners and the great need of education for their children.

In 1866 Julian with Mary MacKillop founded the Sisters of Saint Joseph to fulfill his dream of education for these poor rural people. In 1874 Fr Julian returned to Tasmania where he made a huge impact preaching missions all over the island. His influence resulted in many young women joining the Sisters of Saint Joseph on the mainland. Two significant Tasmanian entrants to religious life were La Merci Mahoney who became first assistant to Mary MacKillop and Stanislaus Gaffney who became the founders of the Sisters of Perpetual Adoration. 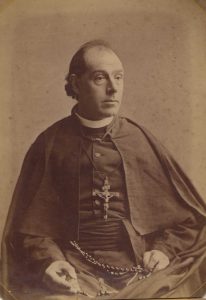 The influence Father Julian had on the Tasmanian Church was substantial. He wrote to Mary MacKillop in 1869 saying:

There is no diocese, however, which wants Sisters so badly as that of Tasmania. I am to see the Bishop of that place today or tomorrow on the subject and whatever I would send Sisters there if I am asked.

It was not however until 1887 that the first Sisters of Saint Joseph arrived in Westbury, Tasmania.

Today Julian Edmund Tenison Woods’ mission-mindedness lives on in the Sisters of Saint Joseph and the Josephites Companions. On his birthday, 15 November, we remember with gratitude the influence he had and continues to have on what he called ‘St Joseph’s Isle’ and pray that he continue to influence our lives as we ‘bring what we have’ to our ministry in his footsteps.