Samela Harris, journalist, has described Mary MacKillop from the secular point of view that her father Max Harris expressed. Her strong character images of St Mary MacKillop depict, very poignantly, a saintliness, that describes her as a strong woman whom we can imagine in today’s world.

The moment he (Max Harris) came up with that phrase (‘A Saint for all Australians’) he knew it was right and he said so. It was a simple phrase defining Mary’s egalitarian outreach which transcended the ecumenical and embraced all – from the barefooted child and the fallen woman to gentry and ecclesiastical dignitary. Max shared some of those ‘everyman’ qualities with Mary – being one of those people who connected with everybody, and who judged people not by who or what they were but by what qualities of intellect and compassion they demonstrated.

When people read of his passion for the recognition and advancement of Mary MacKillop, it was not a religious issue they perceived but the tale of an extraordinary woman whose life stood aloft. A life of exceptional merit. His love for “A Saint for All Australians” was quick to attract the attention of the Josephites.”

Max tells us Mary was” inspirational, exceptional, courageous, a woman of integrity and altruism. She was a brave feminist who stood up for what she believed, who defied an oppressive patriarchy with determination and humility. He wrote with heartfelt conviction, but also with intellectual potency and objectivity which were hallmarks of his character

And Max kept on writing about Mary, thinking about Mary, loving Mary – and delivering a steady education to the Australian public through the 1970s, 80s and 90s.

In so doing, he quietly joined the small ranks of the lay people who also had championed and helped Mary MacKillop a century before. They were an Adelaide immigrant Jew called Emanuel Solomon and a Presbyterian society queen called Joanna Barr Smith – both unlikely supporters of a young nun. But it was her social activism in the streets of Adelaide, her courage, her altruism, which inspired that support and friendship. And Max kept on writing about Mary, thinking about Mary, loving Mary – and delivering a steady education to the Australian public through the 1970s, 80s and 90s. 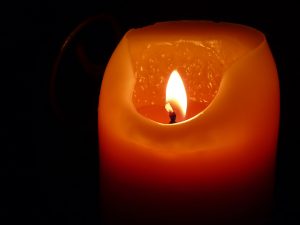 Let us with Mary MacKillop pray for an extra measure of strength as we cope with the everyday happenings of life.