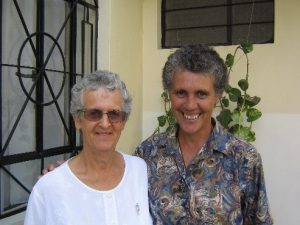 As a consequence, and following an exploratory visit to the diocese of Garanhuns, Pernambuco, in north eastern Brazil, the Bishop invited the Congregation to make a foundation in his Diocese. Sister Johanna de Bont was missioned there in December 1992 where she lived for three years. She then responded to an invitation to live and serve in a newly formed parish on the outskirts of Salvador city. In 1998, she was joined by Sister Helen Caughley and following a period of personal renewal, Johanna took up the challenge of engaging in teaching self-awareness programs based on the enneagram, living in various smaller towns and cities in the State of Bahia. Today, the Sisters in Brazil form part of the Nova Esperanza Local Community which comprises all Josephites living in Peru and Brazil. 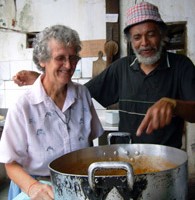 These two sisters ministered to poor and disadvantaged people in the city of Salvador, Bahia. On its outskirts one of them worked with the internal migrants who have arrived from drought-stricken country areas and offered them various forms of parish community building and pastoral work. The other sister travelled to different community groups in the area and taught self-knowledge and personal liberation using the Enneagram system. 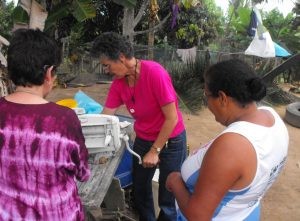 Brazil is a land of stark contrasts, especially between the very rich and very poor. Its population of over 200 million people has roots in four continents including Africa which saw six million of its people sent to Brazil as slaves. In spite of its having adopted a western European way of life, its wide cultural mix has given Brazil its distinctively rich, diverse and colourful culture. The people are very warm, vibrant and welcoming and, in spite of hardships, know how to celebrate.

For many years, Catholicism was Brazil’s official religion. Crucifixes hang in prominent public places including police stations, law courts and municipal offices. Every year since the mid-twentieth century the Catholic Church has lost approximately half a million of its adherents to other religious denominations or to none at all. However, Brazil still has the largest Catholic population in the world. The people are deeply religious, and it is their faith that helps them keep hope alive in the face of injustice and endemic corruption.

In 2020 with the onset of the global COVID-19 pandemic and her intention to retire to Australia, Sister Johanna left Brazil in March having completed many years of teaching courses in the enneagram in seminaries and communities throughout Brazil. 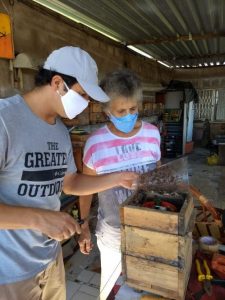 Sister Helen continues to live in Nova Esperança on the outskirts of Salvador, ministering in parish communities and in recent years has become involved in the development of a cooperative based on native, stingless bee keeping, teaching and encouraging people not only to become beekeepers but also how to make a living from the products of their hives and, as a consequence, raising awareness of ecological and conservation issues.

Many of the challenges that Mary MacKillop confronted in her day are present in Brazil. There are vast distances between settlements, some of which are very isolated. There are not enough priests to provide adequate pastoral care, public education and public health systems leave much to be desired. By the time public money has passed down the line from the federal to the local level, there is very little left for municipal schools or health care systems.

For the Sisters, the charism of their founders, as expressed in their Josephite Constitutions: “to bring to the poor the message of their human dignity and of Christ’s saving love,” is as relevant in Brazil today as it was in the Australia of Mary MacKillop’s time.