The concept ‘Social Justice’ is very wide, including all societies everywhere, and indeed all creatures and our planet. 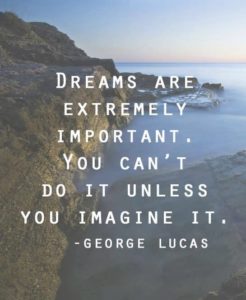 We are increasingly aware of this global reach of social justice, depending as we all are, on how we treat our common home, as well as one another. In this age of fast-growing technology, we have more opportunity than ever before, to know how our actions and the actions of communities, states and nations are affecting others, and the oppressive conditions in which many people have to eke out an existence. Through a multitude of media devices, we are often brought face to face with the truth that the poor are carrying burdens made heavier, by the life style of those who have far more than they need. The world is an uneven and for some, a very unfair place.

Whether it is the plight of asylum seekers, homeless people, abused children, low lying islands already feeling the destructive effects of climate change, families too poor to send their children to school, whole groups desperate in the face of starvation, the millions fleeing from war, the unemployed and underemployed who can’t afford to buy a home, prisoners who are wrongly convicted, families whose breadwinner is in gaol, farmers living with the anxiety of drought, women living with domestic violence, trafficked women and men… our hearts are moved to compassion.  We want so much to be of help, only to feel a sense of helplessness.

In the words of the 26th Josephite General Chapter 2013, we feel ‘the desolation in ourselves and beyond, we hear the cry of earth, the cry of children’.

Whenever and wherever a measure of social justice has been achieved, to right wrongs, to improve the conditions of disadvantaged people, it has usually been done through the actions and advocacy of people who have had the vision to see, that things could be and should be otherwise. They’ve gone through a transformation of consciousness. Their powers of love have been raised.

I have a dream.  Martin Luther King 1963
He sent me to bring the good news to the poor… to set the downtrodden free. Luke 4:18
Reject no-one. Mary MacKillop 1871
We are joined in a splendid universal communion. Pope Francis: Day of Prayer 2016

Such advocacy is more possible, when groups belong to a network, and through collaboration, gain and disseminate knowledge, persevere through opposition and failure, utilise the skills of the members as well as those of others to gather information, and plan strategies to challenge the unjust and often cruel situations.

Australian Catholic Religious Against Trafficking of Humans (ACRATH), is an example of such a network. The members collaborate in the difficult task of supporting individuals who have been brought to Australia to work on farms, for example, with the promise of a fair wage and fair working conditions, but many of whom have been denied justice on every level, a flagrant example of trafficking of humans.  Some have had to return to their country, with less money than they had, when they arrived in Australia.  They have had to face their families and relatives, with this humiliating embarrassment, making the situation even worse. Some had to borrow money to pay for their fares to come to Australia…