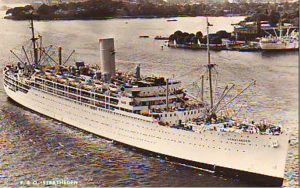 The invitation to write an article on “Irish in Australia/Ireland” evoked many memories around the generic involvement of the Irish in the Congregation as well as my own personal memories. On reading the stories of Saint Mary of the Cross MacKillop I learnt that there were Irish women among her first companions. One of the earliest was Rose Cunningham who joined Mary in Penola and went with her to Adelaide. Sadly, Rose’s life took a turn for the worse in 1918. She had been working as a governess in Penola. Over time, Rose showed signs of mental illness in the budding Institute. Eventually she had a complete breakdown, was admitted to a mental asylum where she spent 48 years before her death.

Mary’s first postulant in Adelaide was another Irish girl, Miss Ellen McMullen who became known as Sister Josephine. Over the years, she was, to quote Fr Paul Gardiner, “a stalwart member of the early Institute and a veteran of the ‘wars’ in Queensland”. These two Irish women were the first of a long train of Irish women to be touched by the charism given to Mary MacKillop.

After her excommunication was lifted, Mary MacKillop went to Rome in 1873 to have the Rule approved – a task that took the best part of two years. Towards the end of those two years Mary visited England, Scotland and Ireland hoping to find some women to come to Australia to join the fledgling Institute. The women in London showing interest in joining Mary were discouraged by their families. In Ireland she found fifteen young women willing to make the journey. It was a period of heightened missionary activity in Ireland so all fifteen of them joined Mary to sail from London on a newly built sailing ship, the St Osyth, leaving London on 31 October 1874 and arriving, via Cape Town, in Melbourne in the early hours of Christmas Day.

Over the years that same sense of Missionary endeavour saw more than five hundred and thirty young Irish women come to Australia to live the charism first given to Mary MacKillop. Until relatively recent times, only those sisters appointed to teach in the Irish Juniorate, returned to see their families. Presently, some Irish sisters have chosen to live and minister in their homeland. On 20 February 1958 I arrived with twelve other girls in Sydney on board the SS Stratheden after a voyage of 5 weeks and 3 days – the last group to arrive by ship. Over the last 60 years since profession I have spent almost 30 years in teaching and administration in various schools in NSW. After 6 years as Provincial in West Australia I was invited to study Canon Law at Saint Paul University, Ottawa where I did a Doctorate on aspects of Consecrated Life before returning to Sydney.

On my return, I was appointed Director of the Marriage Tribunal in the Ballarat Diocese where I went every second month for 4 years. It was a privileged ministry assisting persons seeking annulments to failed marriages, walking with them as they reflected on their journeys and sharing their joy when conclusions were reached. I also worked for the Sydney Tribunal and was Vicar for Consecrated Life in the Sydney Archdiocese from 2006 – 2017. Again, it was a privilege to work with the religious of the Archdiocese in varying capacities.