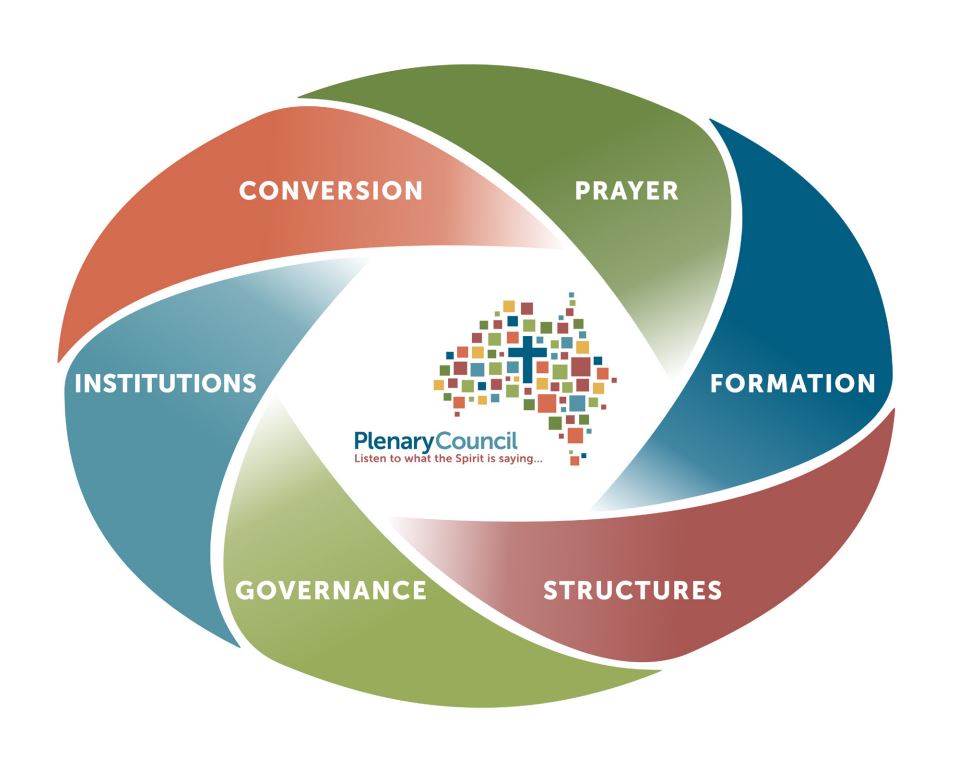 The Plenary Council is a wonderful opportunity for the Catholic Church in Australia to renew ourselves and face up to our current reality.

Throughout 2018 and 2019 the responses of the listening and dialogue groups were collated and a report for the Archdiocese was produced. Momentum was building ahead of the much-anticipated first session in October 2020. Then COVID-19 happened and lockdowns stalled the process.

In February 2021, the Instrumentum Laboris was released – the working document. This was followed in June by the approved Agenda for the Assembly on six themes: conversion, prayer, formation, structures, governance, and institutions.

We had planned face to face gatherings for parishes to reflect and respond to the Agenda in June but were again prevented by lockdown. Our gatherings were instead transferred to Zoom and surveys were conducted online, through the parishes. Responses were collated and from these responses, an executive summary and full report was prepared and circulated.

A highlight of my role has been journeying together with the faithful and becoming aware of the reality of the church in the Sydney Archdiocese. It has been a privilege to share in the hopes and dreams of the faithful, who spent so much time in reflecting on their responses to the agenda.

As one responder says, “the Plenary Council is an opportunity for the Australian Church to refocus and give priority to its primary mission of evangelisation inside and outside the Church.” (Responses to the Agenda of the Fifth Plenary Council of the Catholic Archdiocese of Sydney, September 2021, 1)

Of the Agenda topics, conversion is most significant for me, particularly the call to “meet the needs of the most vulnerable, to be missionary in places that may be overlooked or left behind in contemporary Australia”. As Josephites we have always been committed to service of the poor and vulnerable, and to uphold their human dignity.

The Agenda also raises questions about our engagement with our First Peoples and the faithful, in their response, seek an acknowledgement of the spirituality of our Indigenous brothers and sisters. As Aboriginal members of the Archdiocese put it, “We are still waiting for our contribution to be ‘joyfully received’”.

As Josephites, our 2019 Chapter document also challenges us “to recognise our First Peoples and wholeheartedly support as neighbours their initiatives for recognition, agency and justice”. (Bring Me What You Have, 27th General Chapter, 2019)

The hope for the Plenary Council is that discernment will result in decisions for the common good of the church in Australia, its mission and its ongoing life. It will be a much more open and collaborative church, where serving the poor and most vulnerable becomes a priority.

The church will be more transparent and accountable with greater inclusivity for all, particularly women; a church where the people of God will assume their rightful place and the misuse of power will be addressed. (Bring Me What You Have, 27th General Chapter, 2019)

I pray that members of the Assembly will be open to the Spirit and through the intercession of St Mary MacKillop, the Church will move towards becoming a truly synodal church.