Week of Solidarity for the Elimination of Racial Discrimination

From 21 to 27 March is a week of solidarity for the elimination of Racial Discrimination. In Australia this usually begins with Harmony Day, the positive spin on this week, where there is an opportunity for all Australians to celebrate the rich gifts of the diverse cultures that abide in this multicultural country.

Racial Discrimination is defined as:

To treat differently a person or group of people based on their racial origins. Power is a necessary precondition, for it depends on the ability to give or withhold social benefits, facilities, services, opportunities etc., from someone who should be entitled to them, and are denied on the basis of race, colour or national origin.The Ideology of Racism [1]

Australians have a history of racial discrimination. This has been displayed in the initial treatment of Aboriginal owners of this land- massacres, taking their land, taking their children, denigrating their way of  life,  making them live under laws that no others encountered (e.g. getting permission for marriage, mobility, exclusion from certain areas, enforced presence on the missions), and more recently disproportionate incarceration rates, deaths in custody, withholding social service money if they do not meet set requirements. This history of racial discrimination has also been displayed in discrimination against the Irish Catholics in early colonial times, the Chinese during the gold rushes, the Asians during the white Australian policy era, the Japanese, Germans and Italians during the war, harassment of Indian students, treatment of the boat people and more recently Asylum seekers in detention centres.

So we see that Racial Discrimination is in our historical genes. Added to this mix are two Australian traits: the tall poppy syndrome and the standing up for the underdog. One makes sure that we try to pull down anyone who appears to be making it financially or socially, (getting above themselves). The other sees Australians standing up for, and standing behind those who are down or suffering injustice e.g. hay trains to drought suffering farmers. These two traits can work with or against racial discrimination, and with or against each other. . 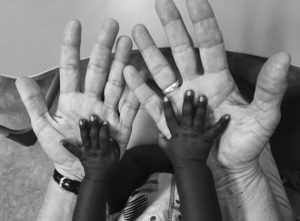 Some of us are born part of the power group as we were born within  the “right/dominant” race, colour and national origin. This means that even though we may think that we interact with integrity, we automatically come from a position of power and we need to be conscious of this. We are at home in our society-media, shops, housing market, job search, general living. Imagine how it feels to be outside this group and to miss out on jobs (because of our colour); be viewed suspiciously in shops, at airports; not be able to rent a house even though we have the means, to watch media each night with very seldom seeing your race/culture as part of the norm. Some people have to live with this every day. The underpinning attitudes and beliefs that make this discrimination possible have been built up over many years and the fears from this are tidied up and revamped by our politicians to justify many unjust policies e.g. continuous detention of refugees.

Perhaps if, for one week, I lived in the shoes of someone suffering daily racial discrimination, my eyes would be opened.

Footnote:
[1] Defining Race Racism and and Racial Discrimination by The Ideology of Racism: http://academic.udayton.edu/race/01race/race08.htm