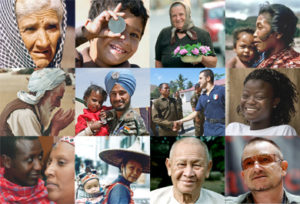 The International Day for Tolerance (16 November) is an annual observance day declared by UNESCO in 1995 to generate public awareness of the dangers of intolerance. Observed on 16 November, the international community celebrates the day with activities that target both educational institutions and the general public.

The United Nations’ call is to strengthen tolerance by fostering mutual understanding among cultures and peoples. This imperative lies at the core of the United Nations Charter, as well as the Universal Declaration of Human Rights, and is more important than ever in this era of rising and violent extremism and widening conflicts that are characterized by a fundamental disregard for human life.

In her recent address to the women religious of the United States, Sr Pat Murray the executive director of UISG reflected:

We are living in extraordinary times. This is not just “an era of change but a change of eras.” We live in a globalized interconnected world where millions of people are on the move within and across continents, fleeing poverty, war and famine, seeking new opportunities in distant places, struggling to build new lives in unfamiliar cultures and contexts. Our world is marked by pluralism, growing differentiation and complexity.

This global trend with daily media features of heart-wrenching stories of refugees in distress and intense suffering are so confronting and often reminding us of the growing diversity and conflict in our own society. From the US-Mexican borders where thousands of people are reported to be dying due to draconian border policy, to Australia, where the indefinite detention of asylum seekers in Nauru and Manus Island has been cruel and inhumane.

Earlier this year in New Zealand, the March 15 Christchurch Mosques shootings are evidence of intolerance and extreme hatred towards Muslims who are seen as different. Beneath the surface, the victims at the Mosques are fathers, mothers, grandparents, daughters and sons. They are refugees, immigrants and New-Zealand born. 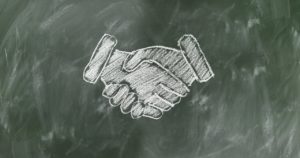 Refugees and asylum seekers need the “freedom to live their lives normally, just like you and me.” But they face many barriers, violence and human rights abuses while trying to find safety, and then face discrimination and hostility when they finally begin to rebuild their lives in another country.

During the Emmaus journey over the past two and a half years, Sr Lee Tan, the author of this article, has been fortunate to immerse in several ministries where she witnessed Josephite leadership working across differences to create space that is inclusive and welcoming to all.

Being part of the Josephites Justice Network (JJN) and attending the biannual gatherings have helped me soak up the collective wisdom of the group and experience the strong leadership for daring to risk in ministry. The JJN led discernment and reflection centres on the roots of our call and our challenge to respond. The sessions are grounded on the Scripture, our charism, and the signs of the time from around the world. Lee Tan rsj

Collage image obtained from the International Day for Tolerance website. Photo of people by Jens Johnsson obtained from Unsplash. Image of shaking hands by Gerd Altmann from Pixabay. All used with permission.