The United Nations General Assembly adopted a Resolution on ‘Rights of Indigenous Peoples’, proclaiming 2019 as the International Year of Indigenous Languages. 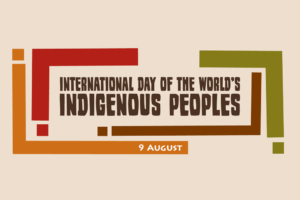 The International Day of the World’s Indigenous Peoples is observed on August 9 each year to promote and protect the rights of the original inhabitants of any given region. There are an estimated 370 million indigenous people in the world, living across 90 countries. They make up less than 5 per cent of the world’s population, but account for 15 per cent of the poorest. They speak an overwhelming majority of the world’s estimated 7,000 languages and represent 5,000 different cultures.

Celebrate this day and give thanks for the wisdom and spirituality of our indigenous peoples all around the globe!

Visit the ‘International Day of the World’s Indigenous Peoples’ Website