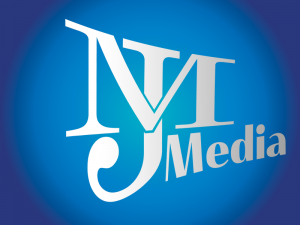 What would Fr Julian Tenison Woods have to say about climate change? Sr Josephine Mitchell imagines an interview with the scientist, priest and Josephite co-founder on the “MJ Media Network”…

Interviewer: It is my great pleasure today to welcome to the program, a remarkable man who needs very little introduction, Father Julian Tenison Woods.

A zealous priest, a committed educator and a well-respected scientist, Fr Julian is probably best known as being the co-founder of the Sisters of Saint Joseph with Mary MacKillop, established in 1866 for the education of poor children. Thank you for joining us, Fr Julian.

JTW: I am very pleased to be with you.

IV: As a scientist, would you share your views on a matter of deep concern to us today – the climate emergency confronting our world?

JTW: Yes. I have been following the discussion among eminent scientists with great interest and I must say I find the situation deeply concerning.

IV: Would you explain for our listeners your understanding of the climate crisis and how it is affecting the planet?

JTW: Well, the build up of heat is causing more extreme and unpredictable weather conditions. There have, of course, been periods of global warming in history but nothing like the rate at which it is occurring at present.

In Australia, for example, the number of days that have broken heat records has doubled in the past 50 years.

IV: How are these changes affecting life on earth?

JTW: Sad to say, it is damaging the Earth’s capacity to act as a life support system.

As far as human communities go, the impact is extensive. It is damaging health, housing, food production, water supplies, transport and working conditions.

The crisis is not only affecting human life but all living species. Scientists predict one third to one half of all species will face extinction by the end of this century.

I can’t emphasise enough what I wrote long ago that “every rock, every leaf, every insect has something beautiful, nay wonderful to tell.”

IV: What about the situation in Australia?

JTW: In Australia, about 100 species of native animals have been lost since European settlement.  Scientific reports reveal that nearly 3 billion animals – mammals, birds, reptiles and frogs – were impacted by Australia’s recent disastrous bushfires.

IV: The big question is how do we deal with it?

JTW: I think Pope Francis has given very good advice in his encyclical Laudato Si’: Our Common Home.

IV: Do you have any comments to make about what Pope Francis says?

JTW: I value, very much, the spiritual heart of the document. Pope Francis has obviously taken note of scientific research, but the language he uses is religious.

He reminds us of the inter-connectedness of all life. He is deeply concerned for the “cry of the poor and the cry of the earth” – the poor who are suffering the worst impacts of climate change and the earth which is being exploited for its riches for the sake of profit.

IV: What can we do about it?

JTW: I can only encourage you to keep studying and reflecting on Laudato Si’ and, with the help of God, respond to the call of conversion for the sake of the world and its peoples, especially the poor.

As Pope Francis says: “All is not lost. Human beings… are also capable of rising above themselves, choosing again what is good, and making a new start… and [embarking] on new paths to authentic freedom.”

IV: We are just about out of time. Is there anything further you would like to say before we conclude the program?

JTW: Yes, I was very impressed by the call of the Sisters from their last General Chapter in 2019 about this issue. I quote:

Women of Earth … Let’s face the crisis affecting people, other species and Earth itself at this time and with compassion and urgency collaborate locally and globally to influence governments, companies and others to halt the damage, protect life, restore habitats and settle the homeless.

This is a powerful statement calling for audacious and courageous action in response. I will do all I can to support you.

IV: Thank you Fr Julian for joining us today and sharing your wisdom and above all, your deep love for God’s creation. You have given us much to think about.

JTW: Thank you and God bless you all.