Sister Monica Cavanagh of the Sisters of Saint Joseph awarded Medal of the Order of Australia. 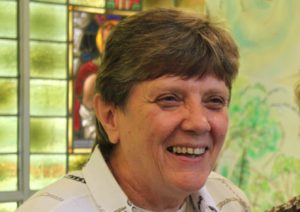 Sydney, 26 January 2020 – The Sisters of Saint Joseph are delighted to announce that Congregational Leader Sister Monica Cavanagh has been awarded a Medal of the Order of Australia (OAM) in the Australia Day Honours 2020 For Service to the Catholic Church of Australia.

Sister Monica went on to continue her work in education across a variety of parishes and dioceses in Australia, working with adults in the fields of faith formation and lay leadership. She is widely recognised as having changed many peoples’ lives through her teaching endeavours, her pastoral commitment and guiding people in the spiritual development of their lives. Sister Monica worked tirelessly at the time of Mary MacKillop’s canonisation in preparing Australians for this important moment in our history.

I am humbled and honoured to receive the Medal of the Order of Australia. I look to the many women who have shown leadership in the Church and in our Congregation over the years, and in receiving this award I want to acknowledge them and the Sisters of Saint Joseph. Monica Cavanagh rsj 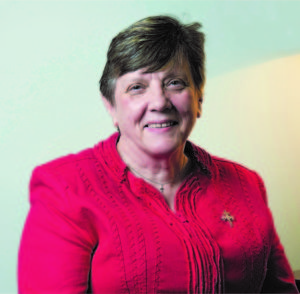 Sister Monica has always wanted to be of service to the wider community and draw inspiration from her mother, who had a deep sense of leadership and community-mindedness, and her father, who always encouraged their children to think about the missions. I was also inspired by Mary MacKillop and her contribution to Australia – I admire her courage, her tenacity, her resilience and her deep respect for the dignity of each person.

The people I have worked with – those who have ministered to me and those I have ministered with – and others like the brave RFS volunteers deserve this award more than me. Monica Cavanagh rsj

Her advice to young Australians of faith is to be the voice of the gospel and the face of God in the world today. Be courageous and use your passion and energy to address the critical issues facing the world and church today.

Among her numerous achievements, Sister Monica has been the Congregational Leader of the Sisters of Saint Joseph and re-elected for a second term commencing next month, was President Catholic Religious Australia as well as serving on its Council, and acted as the facilitator of senior meetings with the Australian Catholic Bishops Conference (ACBC). She holds an MA in Pastoral Leadership, B Ed and Grad Diploma in Religious Education and studied Community Development in the Philippines and Mission Studies at the Pacific Mission Institute in Sydney.  She is currently the delegate of the Australian Women Religious Leaders at Congregational Leader’s International Meetings.

Note for Editors
The Sisters of Saint Joseph minister throughout Australia, New Zealand, Ireland, Peru, East Timor, Scotland and Brazil. The Congregation was founded in Penola, South Australia in 1866 by Mary MacKillop and English priest Reverend Julian E Tenison Woods. The Sisters of Saint Joseph have Ministries that support prisoner welfare, people living with disability, anti-trafficking and slavery programs, refugees, schools and young people, and indigenous people, amongst other areas.