Years ago, a young aboriginal boy, overhearing a conversation in our Josephite kitchen asked, “What’s a Chapter?” A sister replied, ‘It’s a kind of Nun’s Parliament!’ Though we chuckled, his question struck a chord and pushed us to a fuller, more reflective explanation:

A Chapter is about deep listening to the Holy Spirit and to one another, asking questions about our identity, harnessing our energies for God’s Mission and finding new ways to bring our Charism alive. 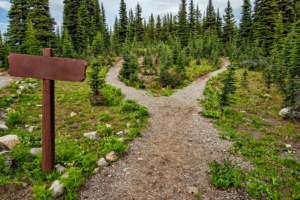 In our 25th General Chapter, we faced this question: “What is God doing with the charism at this time in our story?”

The Chapter stressed that we sisters, do not ‘own the charism’. Others are drawn to it very powerfully and long for us to recognize their call to live in communion with it. In the light of this, the Chapter called us ‘to release the richness of the charism …. and together with others to create welcome spaces for new voices to enter the melody’.

But how? Congregational Leader, Sr Anne Derwin and her Team set to work to find a way. A group was formed to address how this might happen. It was to explore new and emerging expressions of living the charism including different forms of Consecrated Life.

Congregational Immersion and Discernment of Call (CIDC) was born and has been fully alive and active now for the past decade. Those on the team were empowered by a saying, “We make a path by walking it!”

Fortunately, the Holy Spirit was hovering and had preceded the Chapter. Some women in South Australia were already in conversation with us.  They felt so drawn to the Josephite Charism that they were prepared to discern whether they were called to make a formal commitment.

Working together with a group of sisters, they defined that they were called to live out the charism of Mary MacKillop in communion with the Sisters for God’s Mission.

This set down the Pathway of the Covenant Josephites. They entered a process of discernment and immersion leading toward affiliate commitment. They understood that the sisters would be discerning too, seeking answers to these questions:

As women and men from other Regions took their place on this Covenant Pathway, we felt very graced and confident.

Pathways into Josephite Community and Commitment 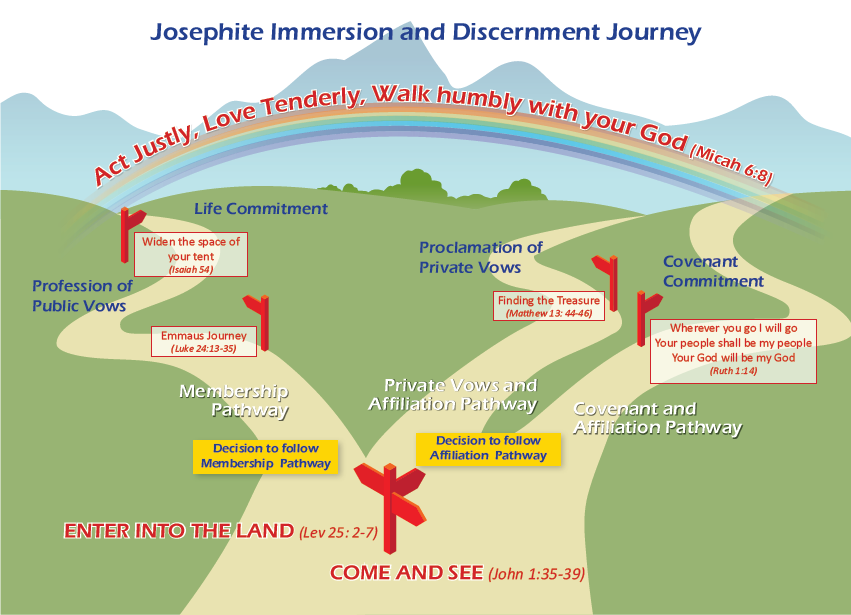