I’ve been thinking about this quotation a great deal in recent days, as we’ve witnessed the Australian Prime Minister ignoring the pleas of Pacific Islander peoples, and simultaneously been encouraged to celebrate the Season of Creation. Perhaps the most challenging dilemma facing us however is the call to take action in the worldwide climate action on the 20 September. 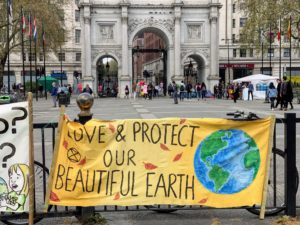 Begun by young Swedish student, Greta Thunberg, the School Strike 4 Climate Action invites students (and indeed all people across the world) to join in rallies and marches on 20 September to express concern for the climate crisis facing us.

The time is truly now and we are here. The dilemma is – How are we to respond?

There is little doubt that the School Strike 4 Climate Action has created dilemmas for many schools and families. The idea of encouraging young people to strike runs counter to many of our beliefs about the importance of education, and the need for religious and educational groups to support the law.

It is hard however, to argue with the fundamental message of the young activists, that they are taking action because governments won’t.

The Josephite Justice Network supports the young people who will take part in the strike and Josephites will join them and their families on the 20 September. There are a number of reasons we have come to this decision: 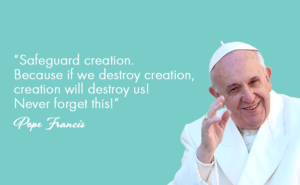 Josephites will be participating in the school strike on the Friday 20 September. In Sydney, if you wish to join us, we will be on the Art Gallery side of the Domain at 11:45am. Other states and countries will inform you of their plans or you can find out here. We encourage all those who are part of the Mary MacKillop tradition to support those taking part in the global strike.

We can express our support in a number of ways. We can support the rallies and the importance of safe, non-violent and appropriate action. We can express our concern for the impact of climate change and engage in conversation in our families and communities. We can hold prayer rituals and liturgies on 20 September to celebrate the beauty of creation and lament the devastation being caused by our refusal to combat the climate crisis. We can continue to find and speak hope in the efforts of the prophetic witnesses among us.

If you wish to engage further, the following could be helpful:

Neither modern society nor most governments acknowledge at this time that the carefully balanced web of life can’t be exploited without critical consequences.  As Christians and as Josephites, we believe that we are impelled to act.