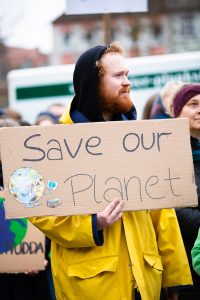 The clarity of air which has appeared in some of the world’s big cities is a small silver lining to the COVID-19 horrors.  It might bring home, more brilliantly than the most forceful arguments, the inextricable connection between we human beings and our environment. This is positive good news to the daily bad news evidence of dry rivers, super tornado’s, massive floods and extraordinary temperature rises of our wounded Earth.

We can see how willing, how yearning, Earth is, if we do our part, or as in this present time are forced to do our part. Arabunna Elder, Kevin Buzzacott, has long encouraged us, in his decades’ long worrying for country, for the wellbeing of his beloved Lake Eyre and Mound Springs country. It’s not a matter of we humans having to do it all on our own, he stated,

But if we move,that old country power will come with us. Kevin Buzzacott

This year Australia’s environment laws are due for their, once in a decade, review. The Environmental Protection and Biodiversity Conservation (EPBC) Act is Australia’s central piece of national environmental law. It often happens when one reads the policy document of organisations, parts at least can sound impressive. Some Australian Environmental Non-Government Organisations (ENGO) such as the Australian Conservation Foundation, Friends of Earth and Greenpeace in their combined ENGO submission concerning nuclear issues, in relation to this review of the EPBC, insist the revamped Act should focus on outcomes. 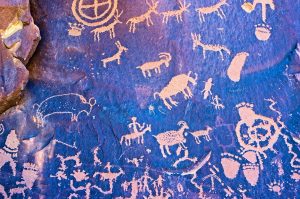 One example of this, could be, not only to name as valuable, First Nations’ knowledges and practices, as the EPBC Act certainly does, but to state how these practices could be enacted. This could involve upholding Aboriginal Heritage legislated rights, currently so easily dispensed in favour of mining and related industries. Current examples like the struggle of the Barngarla people of SA’s Eyre Peninsula against the proposed Federal nuclear dumps on their native title land, abound across the nation. Aspirations as in the EPBC Act in this vital area might be a start; aspirations plus action exponentially better!

COVID-19, of course, has reminded us, more than any other evidence human beings may have chosen to ignore, how inextricably each country of our World is connected to the other. Australia for example, has one of the highest, per capita, pollution rates. Our own Josephite environment policy statement Towards Josephite Earth Sustainability calls us, in the words of Pope Francis, in Laudato Si, to ‘the moral imperative of assessing our every action and personal decision on the world around us.’ (#208). We know all this on one level and our Josephite heritage is such that the Congregational Eco-Spirituality Team’s submission to Chapter 2019 called us to return to the ‘light’ footprint of our early Josephites, a contemporary description of Mary MacKillop‘s many exhortations to her Sisters.

Many readers of this website will no doubt have their own renewable energy success stories. An encouraging one was found in the March report from the SA office of Congregation’s Centre West region. It described a project for their 100kw system; where 400 solar panels, were strategically placed on the Kensington Convent, which was the first Mother House of the Order. This produced environmental savings over 7 months, of 42.4 tons of Carbon Dioxide as well as considerable financial saving.

This is just one small step perhaps as all of us move along for Earth’s sake. The rewards are immediate – the alternatives unthinkable.