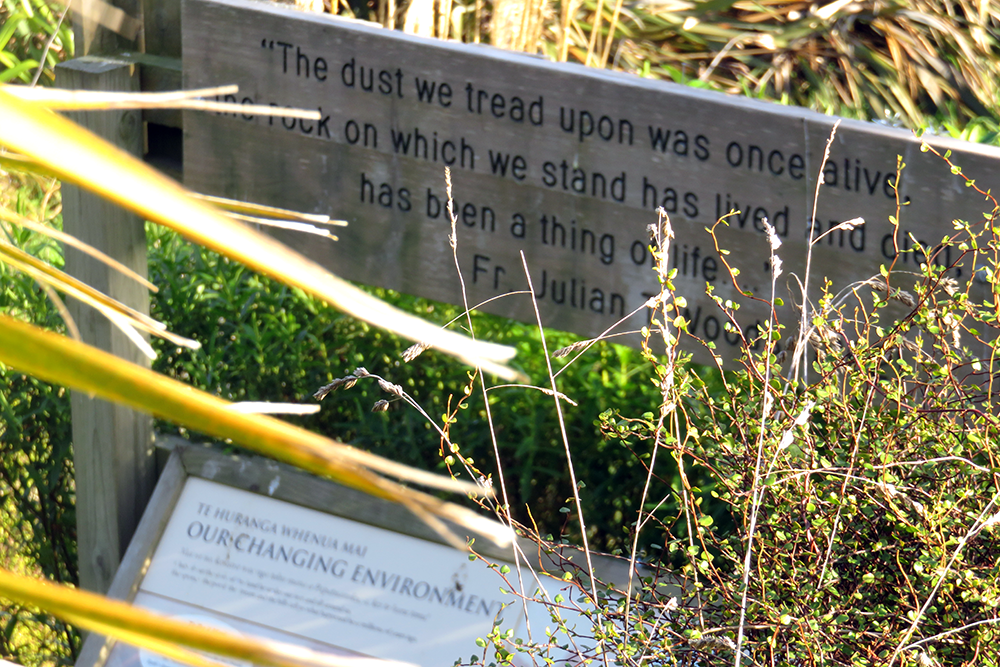 Monthly, weekly, and sometimes daily, we hear news of the death of yet another treasured, loved, Sister and friend. Sadness grips our hearts and minds. It feels as though our dreams and visions for the future are slipping away. Could it be that this Congregation, founded by Julian and Mary, is undergoing transformation? Is something new emerging?

In January 2022, my friend Catherine Anne Shelton rsj died. She was ‘eldering,’ but the very day her brain bled, she told me that she felt she had at least two years of life to live, and she wanted to continue saying “yes” to every request.

Questions of the ultimate meaning of our lives are contemplated in the context of our own impending death. Catherine was always contemplating deeply but most particularly, I think, during 2021 while drafting articles on ‘eldering’.

I have been thinking about how it must have been during the last years of Fr Julian Tenison Woods’ life and looked again at the Memoirs by Miss Anne Bulger.

…wrote the memoirs from Father Woods dictation and fragments of his conversation. Julian consented to give her a few particulars. At the time he was a complete invalid and the little exertion of dressing in the morning fatigued him so much that he was obliged to rest for some little time, lying down. It was not always easy to get any information, partly for want of time, and partly because it was distasteful to Father.Memoirs of Reverend J.E. Tenison Woods by Miss Anne Bulger

With ill-health becoming chronic and progressively more disabling… he was as one who had…nowhere to lay his head.
A small group of women procured a larger house in Elizabeth Street, where he could be accommodated when he came to Sydney. Some of his very best work was done as an invalid.No Ordinary Man: Julian E. Tenison Woods by Sr Isabel Hepburn rsj

The parallels between Julian’s last few years and Catherine’s are ‘on top’ for me these days. They both continued their work and made connections with people and family whom they loved or wanted to support. When Julian’s brother Terry died, it was Mary MacKillop who wrote a letter of sympathy and suggested going to visit him. Although his reply was not to come for the present, Julian wrote to Mary when Mary’s uncle and Julian’s close friend, Donald McDonald died.

Catherine too did not catch up with all her previous friends for she was determined to make her priority the work she had committed herself to do.

Yes, indeed. We are dimly aware of all this and feel it in our hearts and minds, especially when it is happening to those close us.

As Diarmuid O’Murchu says in Incarnation: A New Evolutionary Threshold:

Life and death are both necessary for the energizing Spirit to become embodied in our world. Without that paradoxical mix, there is no life, nor mystery, nor meaning.Incarnation: A New Evolutionary Threshold by Diarmuid O’Murchu

Reflecting on our own experiences of personal loss when a friend or loved one dies, will help us all to deal with ‘eldering’ and/or death. My faith gives me hope that something new and transformative is happening. Both Fr Tenison Woods and Catherine Anne Shelton rsj have entered more fully now into the ‘mystery of the powers of love’.